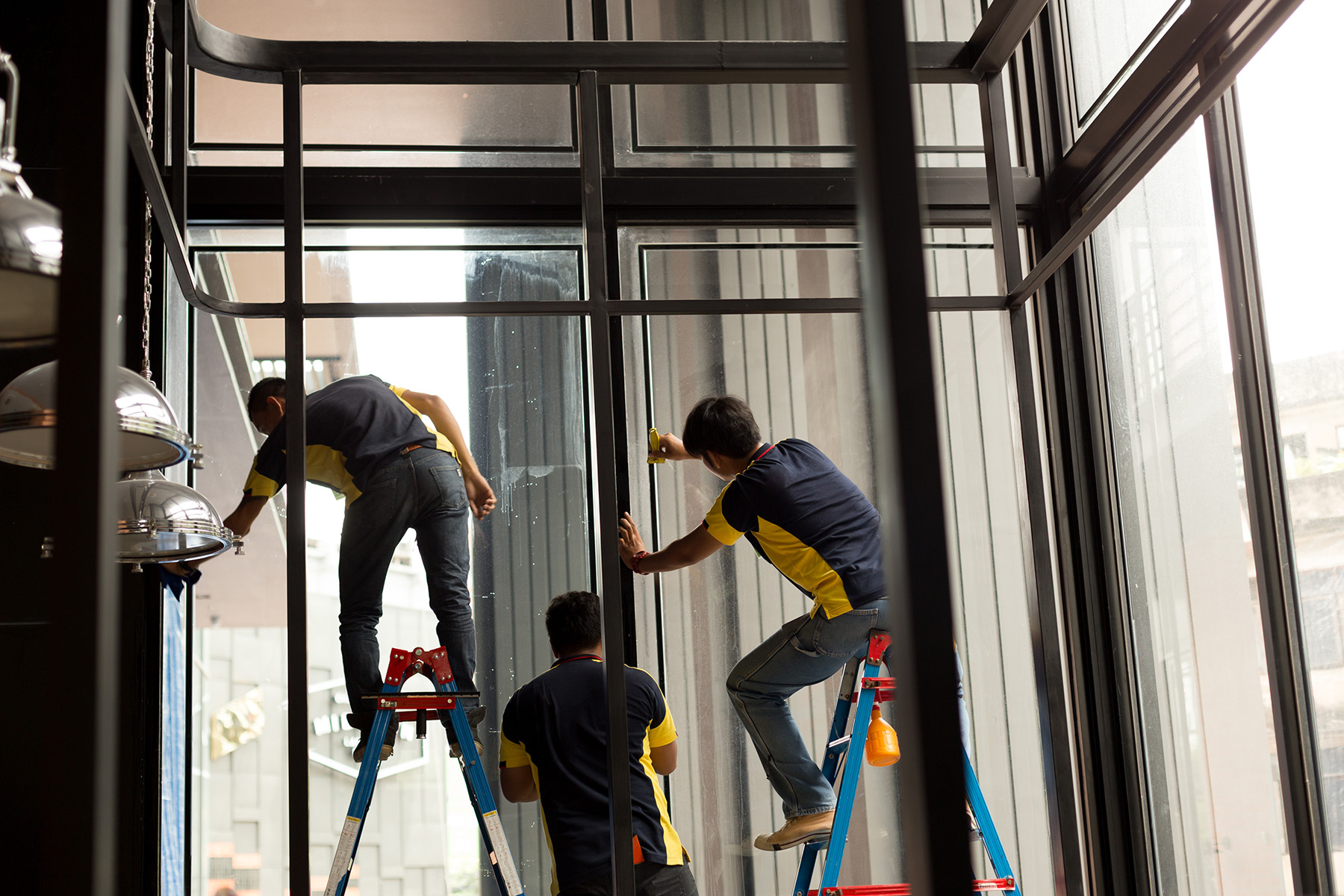 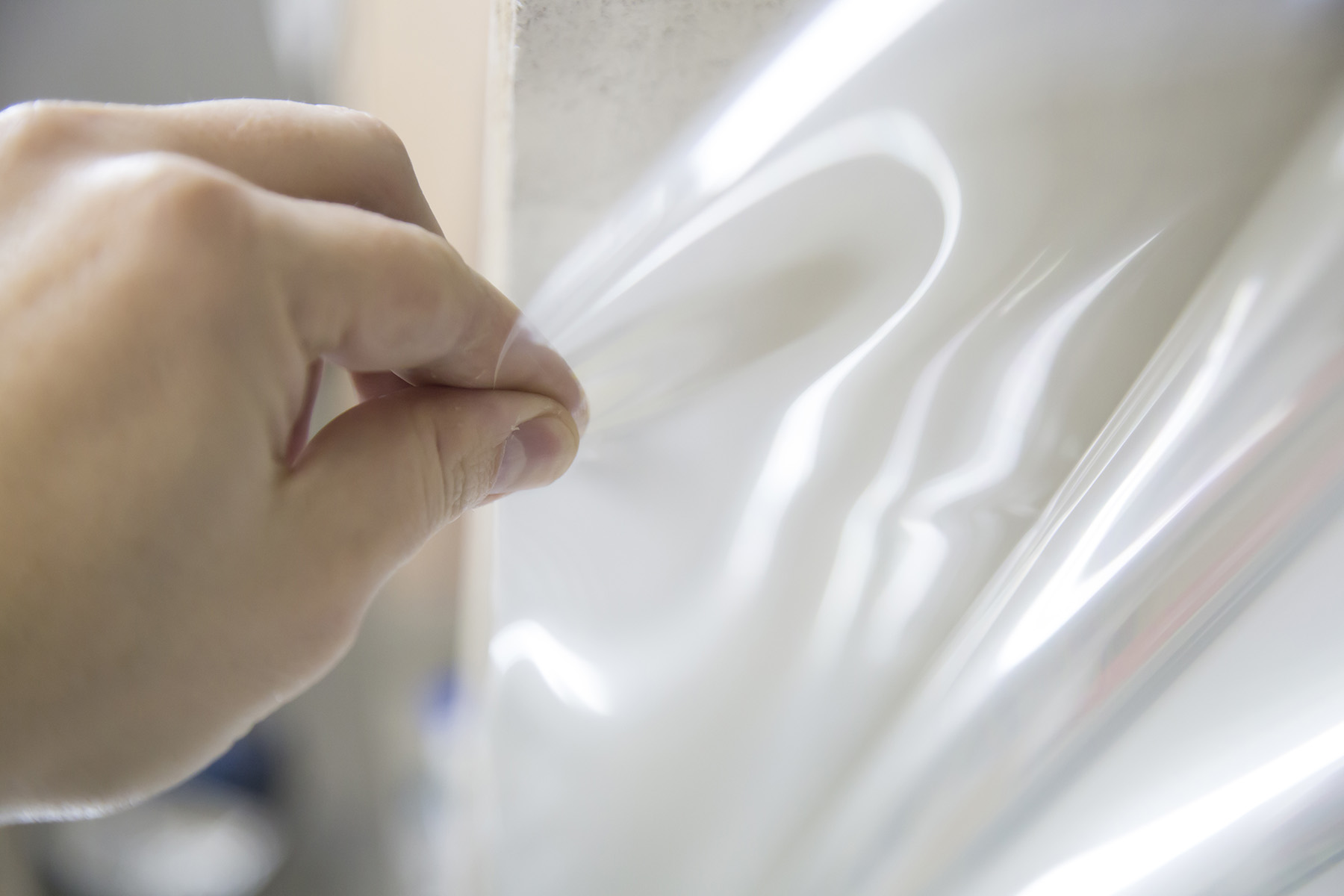 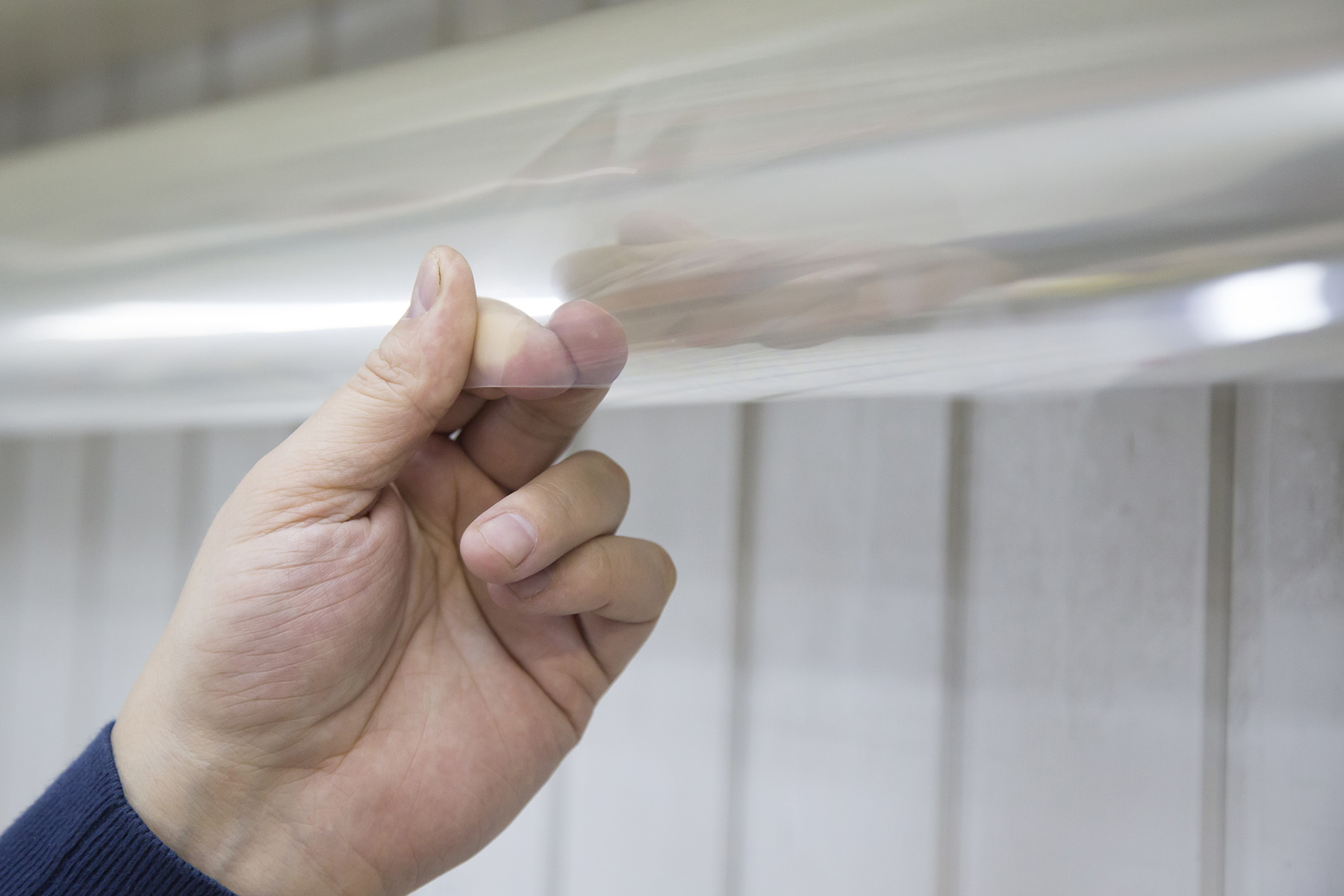 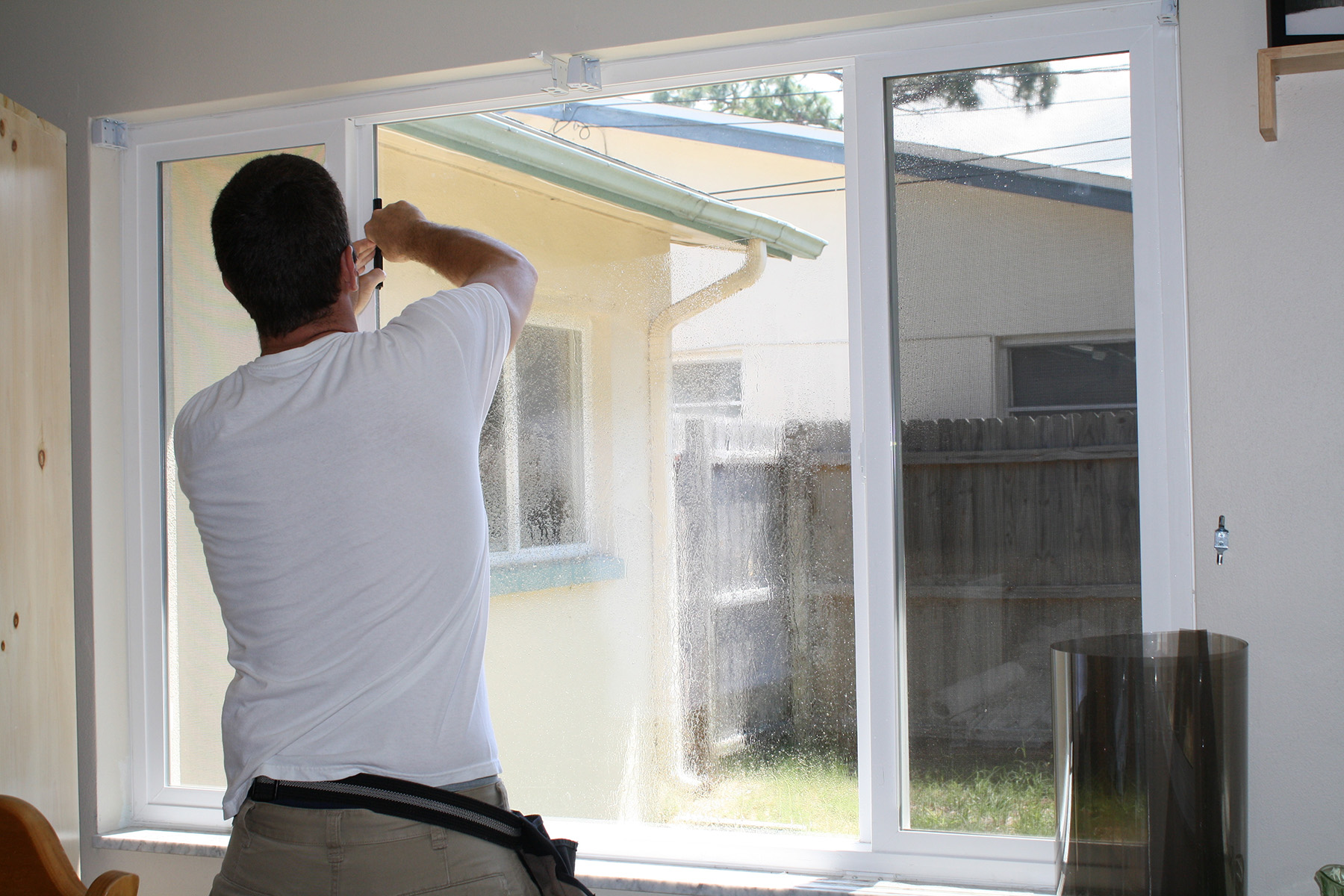 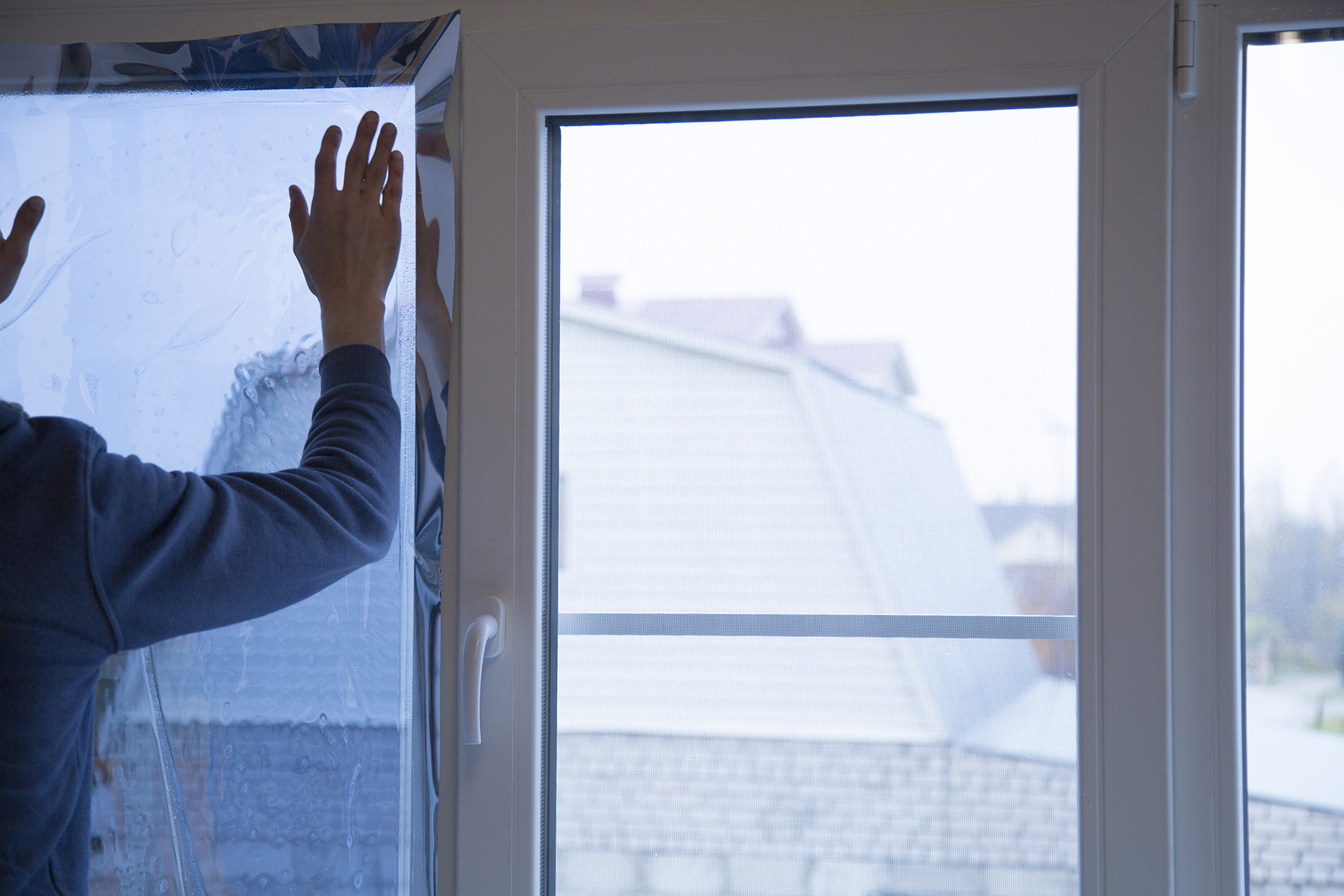 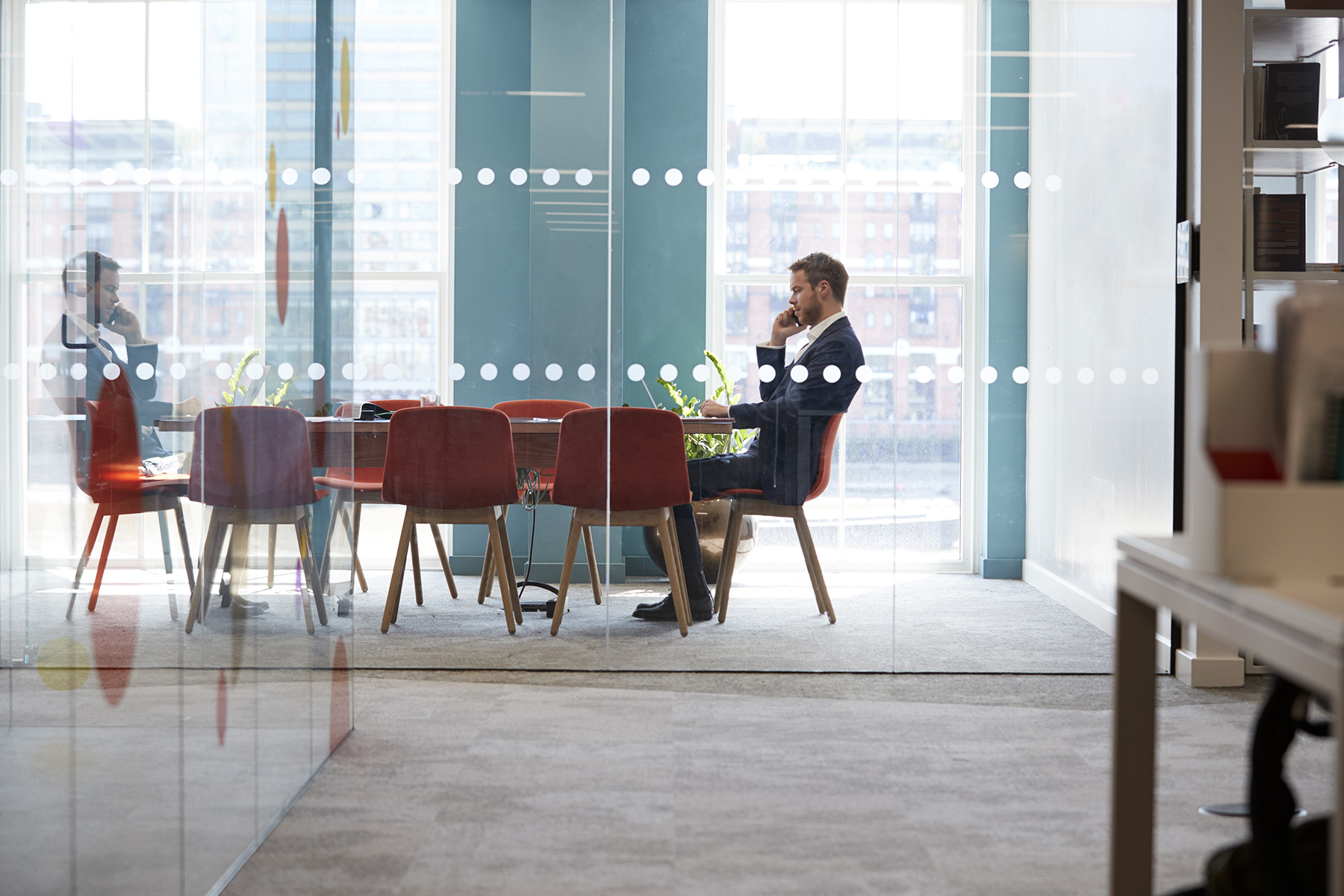 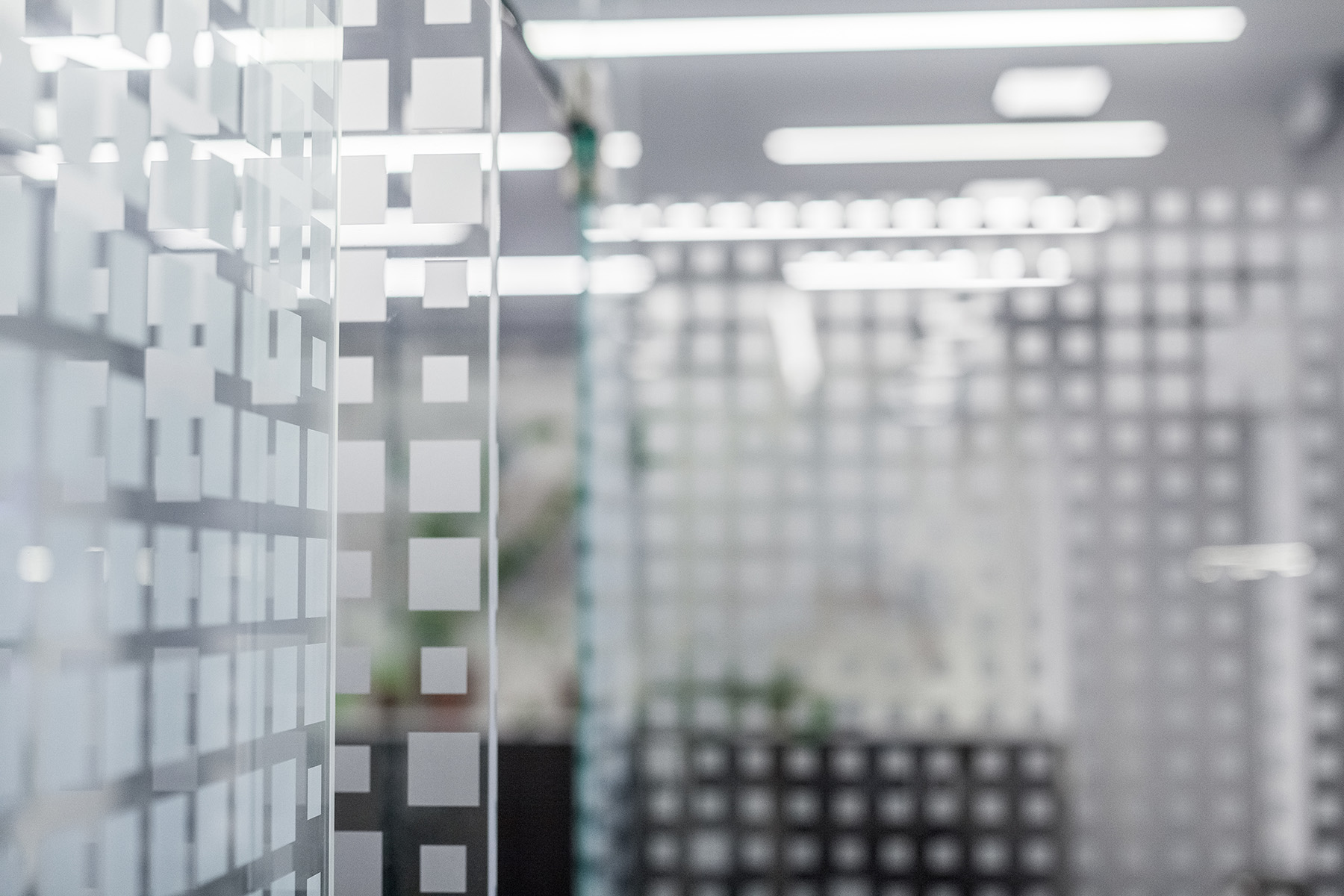 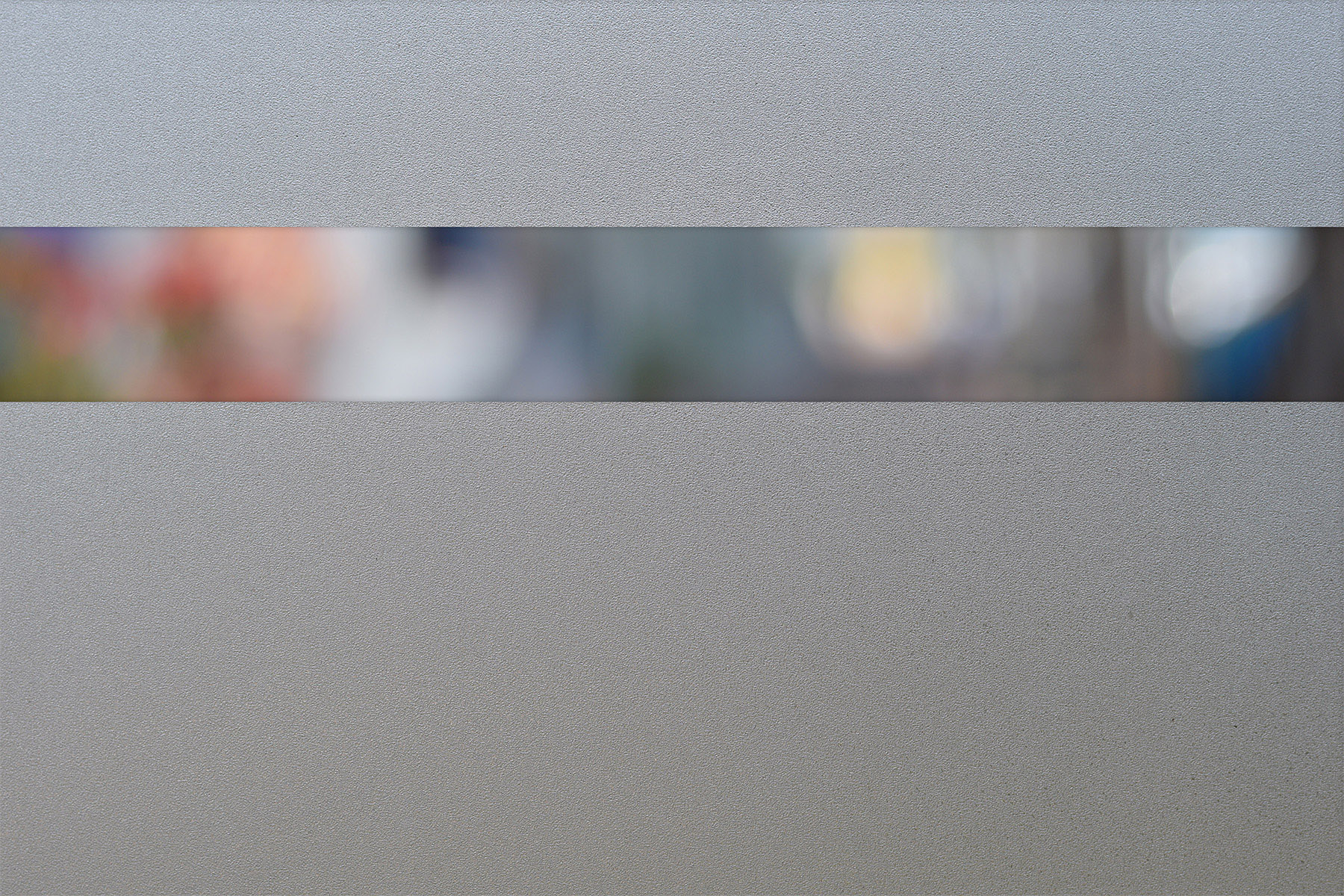 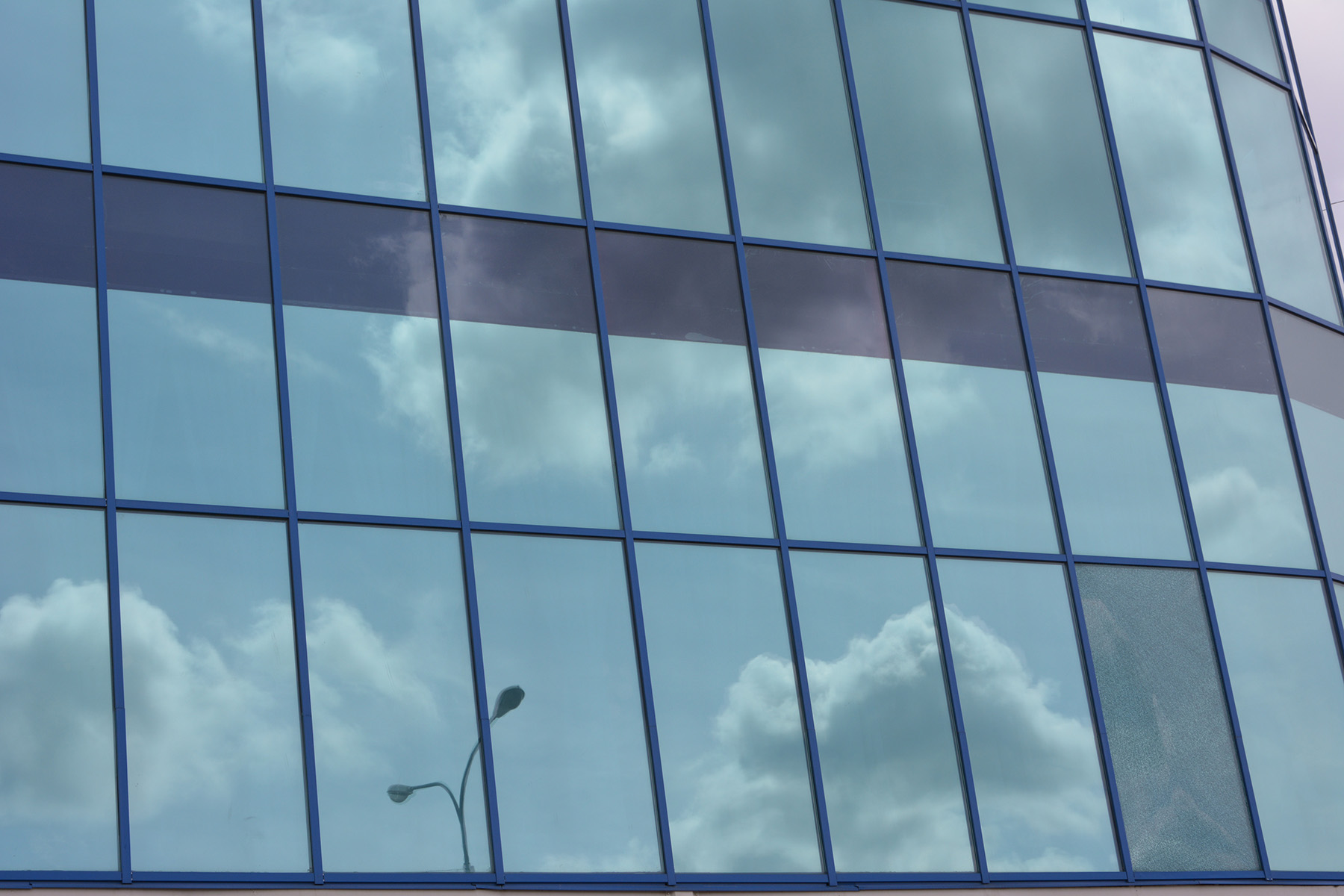 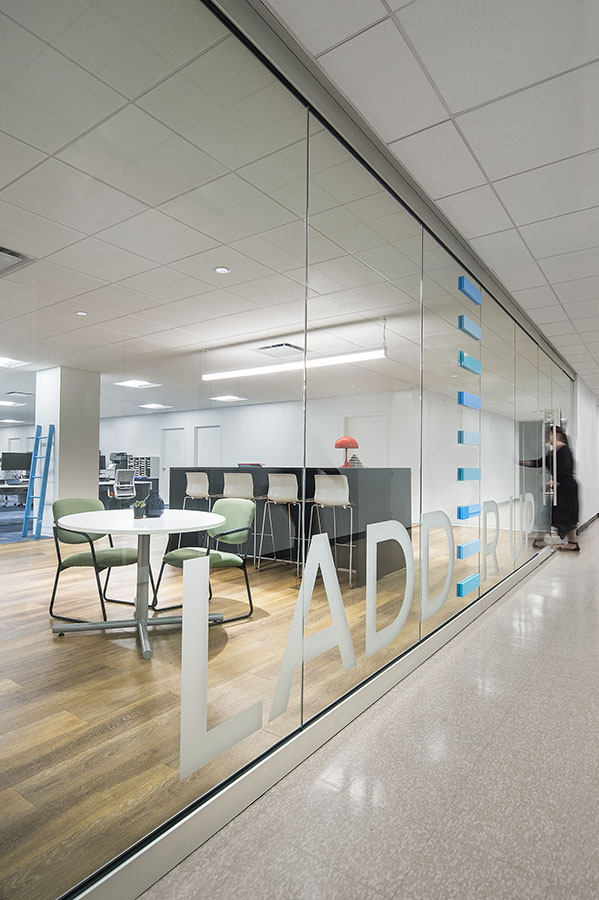 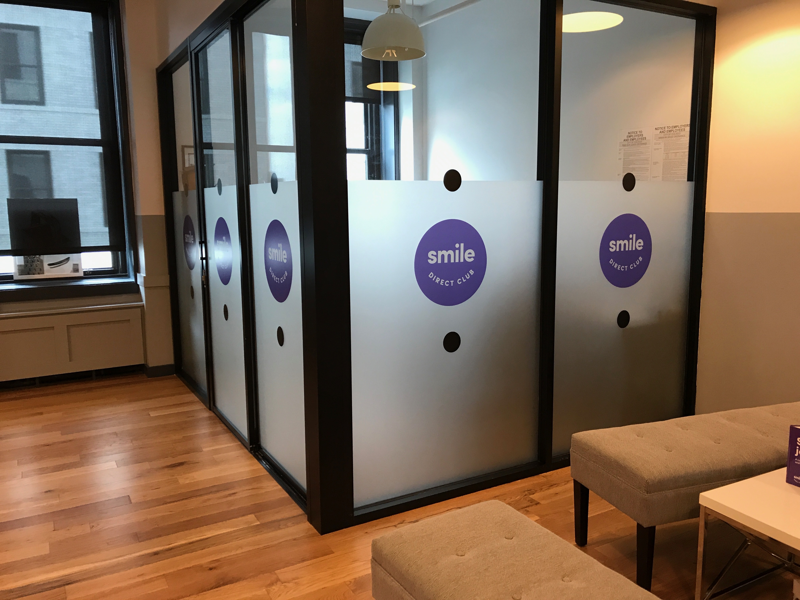 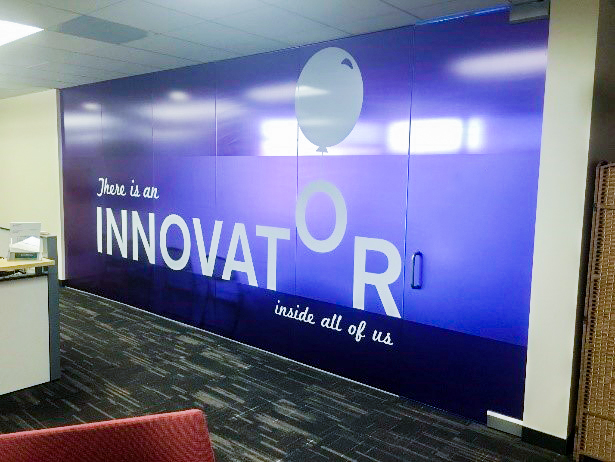 Speedpro carries a variety of tinting and window film brands that range in tint darkness and style.  If you have windows that require privacy – or you simply want to cut back on the UV heat coming through, we can help. Please call us for quotes and/or samples.

What is Window Film?

Window films are a type of protective film, typically made from polyvinyl butyral, that is installed to a window or other surface which is then coated with a transparent UV-cured acrylic or silicone. They offer protection from the sun’s harmful UV rays and can reduce glare and heat by up to 70%.

There are four major types of window films: clear films, privacy films, decorative films, and solar control films. Clear films offer protection from the sun’s harsh rays without altering the visibility through the window. Privacy films darkens an area of glass so that outsiders cannot see in. Decorative films add color and design to windows without affecting the visibility through them. Solar control films lower indoor temperature by reflecting ultraviolet light away from a building while also absorbing infrared light. 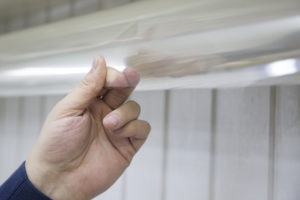 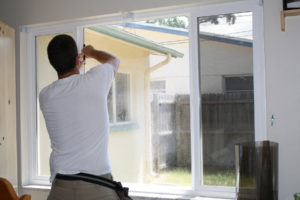 Window films are a popular option for those who want to make their windows more energy efficient. They clear up the usually old, scratched, and fogged glass. With this film, you no longer need to deal with the hassle of cleaning or replacing your window panes.

Clear window films are installed onto the windows of a building to protect it from sunlight.

Clear window films are often used to reduce heat and glare from the sun, but they can also be used to prevent graffiti, cut down on heat and provide security.

Clear window films are a great way to increase security and reduce heat and glare. Window films can also be used for decorative purposes.

Window films do not only offer the usual benefits such as increased security and reduced heat and glare, they can also be used for decorative purposes like adding a design to the film. 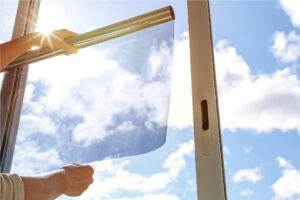 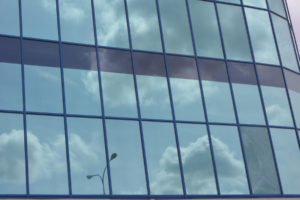 Window film is the best way to reduce the amount of solar light that enters one’s home by up to 99%. Window films are also called solar control window films.

It can reduce heat inside a building, which in turn reduces air conditioning costs by lowering the temperature inside of a building. There are 3 different types of window films depending on their desired function. The first type is for aesthetics, which is more expensive but covers up unsightly surfaces. The second type of film is for glare reduction, which reduces glare from sunlight and can be applied to surfaces that are not aesthetically pleasing. The third type of film is for insulation or energy efficiency, which helps keep heat out or in depending on the season.

There are many different types of window films available on the market, but solar control film is one of the most popular. Solar control window film blocks out 92% of harmful UV rays and reduces heat by up to 30%. With this kind of protection, you can reduce your energy bills dramatically.

Window tinting is an easy way to save money on your energy bills because it decreases the amount of sun that can get into your house by up to 75%. It’s not just an aesthetic choice either, it also protects furniture and floors from fading due to sunlight exposure.

Levi McDaniel
Colfax, NC
Communication is king! They walked us through every step of the way and the outcome was incredible. Thank you!
Report a concern
S.K.
Greensboro, NC
Quality product that really stands out, reliable service based on perceptive listening that ensures customer satisfaction.
Report a concern
K.D.
WinstonSalem, NC
Jen and Sterling always provide excellent customer service!! The team provides great products! Highly Recommend
Report a concern
T.M.
Henrico, VA
Sterling Kelly. That guy is so freakin good at making gigantic stickers. And I’ve worked with LOTs of gigantic sticker makers. All across the country. This guy has the skills and the tools to be the best. Like, one day in the future. Sometimes he gets shaky when he hasn’t eaten in a while and that can impact his installation skills. 90% of his taste in music is awesome but the 10% that’s bad can be really bad (e.g., Bonnie Rait). He loves BLTs. Please call my cell if you need any additional information.
Report a concern
J.C.
High Point, NC
I have been in the sign industry for over 20 years. Sterling and his staff are great. His installers were prompt and quick. They really helped me out when we were swamped with work.
Report a concern
John Barber
Norcross, GA
Speedpro Greensboro gets it done! Great communication and quality work, highly recommend!
Report a concern