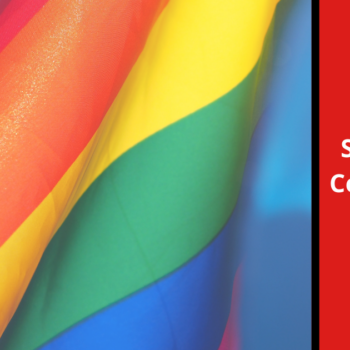 When Pride rolls around, the rainbow flags are raised, the parades begin and we live by the saying,  “love is love.” This month reminds us of the accomplishments that the LGBTQ+ community has contributed in history, and also serves as a time to reflect on what Pride means and how we can incorporate inclusivity into our everyday lives. While there has been much progress since the Stonewall Riots in 1969, there is much more to be done in the fight for LGBTQ+ equality.

At SpeedPro, we are excited to celebrate Pride and honor the LGBTQ+ community from coast to coast.  Our studios worked with brands across the nation to participate in events, parades, experiential activations, and more to commemorate this bright, colorful, and fun-loving month. Our SpeedPro Piscataway studio worked with Downtown Somerville, NJ to honor trailblazing figures in LGBTQ+ history. This mural features four colorful walls that tell compelling stories about significant individuals from the LGBTQ+ community who’ve made great contributions in our lives — from the arts and sciences to education.

SPEEDPRO CLEVELAND WEST TEAMS UP WITH NESTLE FOR PRIDE SpeedPro Cleveland West worked with Nestle, which was a major sponsor for the Cleveland Pride event.  The team wrapped box trucks featuring same-sex couples with their families, welcoming audiences with open arms saying “everyone is welcome at their table.” Our team dove into the Pride festivities and showed their true colors with a new “Pride in Print” email signature.

“Diversity and inclusion are incredibly important,” says Ryan Williamson, marketing specialist at the SpeedPro Home Office. “I enjoyed creating this signature for the entire network and adding it to all my emails because it allows us to highlight Pride Month, honor the LGBTQ+ community, and practice inclusivity.”

The Fairmont Hotel in San Francisco called upon SpeedPro SF Peninsula to be their provider for all things Pride. The team printed a step-and-repeat banner for press conferences, selfie photo stations, and gala events that provided a branded, beautiful background and space.  In addition to the banner, SpeedPro SF Peninsula printed rainbow column wraps in the lobby of the hotel. These columns are shown to honor the 50th anniversary of Pride Month in San Francisco. Sparkman Wharf, a bustling entertainment area nestled in Tampa Bay, was in need of more color. SpeedPro Tampa East printed staircase adhesive graphics that displayed uplifting, positive messages to guests and Tampa residents. The entertainment center hosts events throughout the month of June like spin classes, fundraisers and boasts about their Instagram-worthy photo opportunities, like this one!

SFPD’S FLEETS HIT THE STREETS THANKS TO SPEEDPRO EAST BAY The San Francisco Police Dept. worked with the SpeedPro East Bay team in finding a creative way to symbolize inclusivity. And there’s no better way to demonstrate that than with a vehicle decal. SFPD showcased their new “Pride Patches,” as well as a Pride-themed vehicle that roamed the SF area. According to the department, they were the first law enforcement agency in the nation to wear these Pride Patches. While the patches fostered a culture of acceptance, they also helped the local San Francisco community. Local businesses and individuals that wanted a Pride Patch could purchase one, and all the proceeds were donated to a local nonprofit helping homeless youth.

When it comes to celebrating Pride, our studios put authenticity at the forefront of their work. They understand that it’s more than just glitter and rainbows — it’s an opportunity to let LGBTQ+ team members, clients, and the community know that they are respected, valued, and belong.

SpeedPro is committed to advancing inclusivity and diversity in the workspace, and in our community. We are very proud of our studios and team members for being active members of society and caring intentionally for others. Pride is all about care, love, value, and visibility, and our studios are in the perfect position to magnify the visibility and messaging for brands and this community.