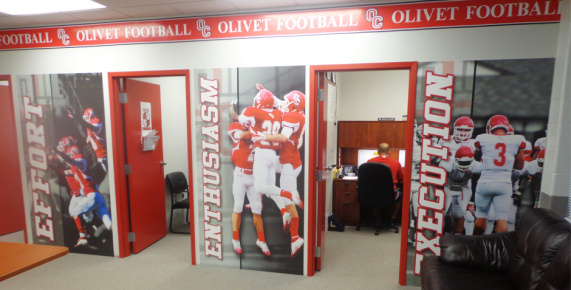 3 Ways Signage Can Play a Part During Football Season

Fall is here which means a lot of things but especially for some, it’s all about football.  Whether it’s an NFL game at an arena or a high school football game at the local school stadium, they all need a little signage to create some buzz.  SpeedPro in San Francisco’s East Bay can help you master your signage this football season.

Stadium signage can be a wide range of items.  One of the most important kinds of signs that you’ll want to have throughout your stadium is wayfinding.  This will help direct crowds to find their seats more easily.

Another thing to think about is murals and wall coverings.  This creates excitement for everyone when they see a really cool piece of artwork and it also makes for a really great photo op of course!  It can be in the locker room for a more elite experience or outdoors at an entrance.  Our vinyl material is durable for outdoors during the rainy fall season and won’t fade in the sun during the hotter months.

High School football games are not as grand scale as an NFL or College football game but they’re still a big deal and need signage.  Banners are a great way to show some school spirit at an affordable cost.  With just some grommets and zip ties you can hang them on a fence or put it outside of the stadium as a way to welcome attendees.  They’re also a great opportunity for sponsor signage.

One other option for high school football games is concession stand graphics.  This is a great way to add in an image of the school logo and mascot without spending a ton of money.  Whether it’s vinyl lettering or a full concession stand wrap, it’ll be sure to capture the attention of game-goers and pump them up before the game even starts. 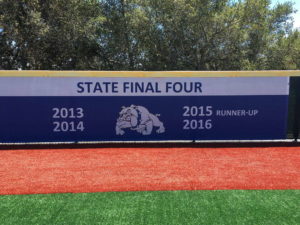 Show support for your local team by putting some temporary window graphics up.  We can help design and install window decals that are easy to remove when football season is over.  Or, you may be hosting a football party or having a special promotion pertaining to football night specials and want to print posters to advertise it.  We can do that too! 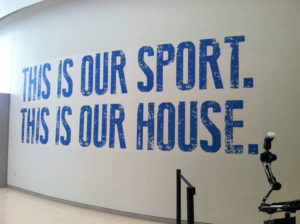 There are all sorts of ways to show your spirit through signage and when you’re ready, SpeedPro in San Francisco’s East Bay can help.  Give us a call at 510-500-5491 or click here.