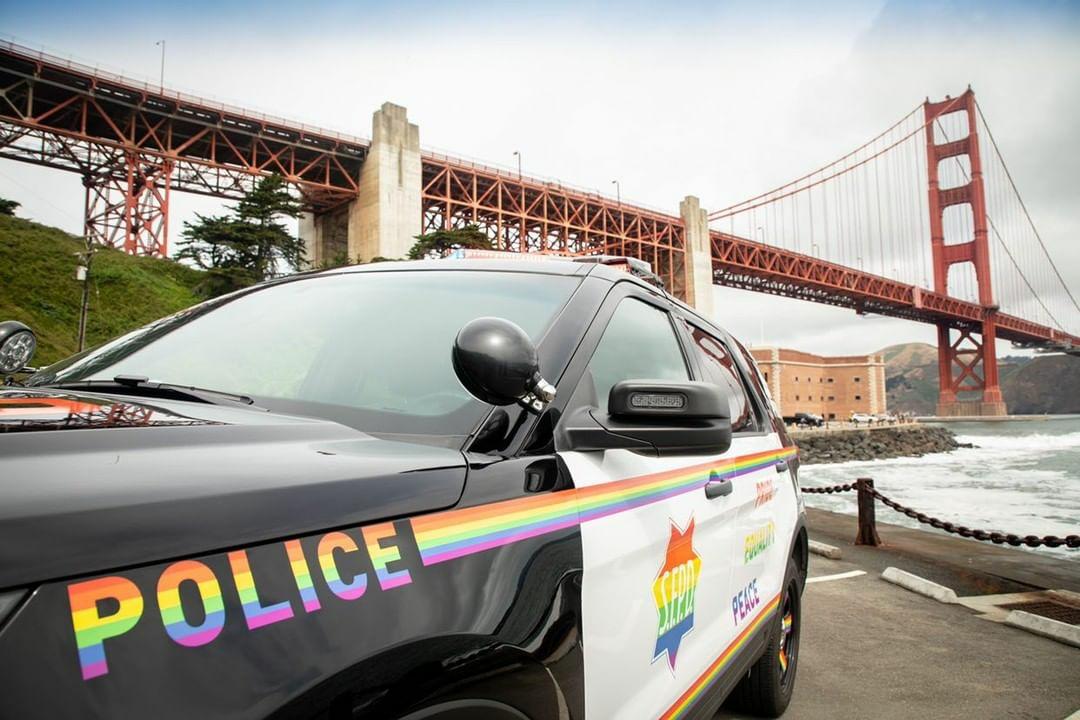 Pride month is all about celebrating love, inclusivity, and the LGBTQ+ community. This month in particular we’re reminded of all of the milestones crossed and contributions made by the LGBTQ+ community. It’s a time for us also to reflect on how we can practice and incorporate inclusivity into our lives daily. SpeedPro has been celebrating Pride month nationwide and all of the studios have participated in events, parades, experiences, and more through bright and colorful graphics. 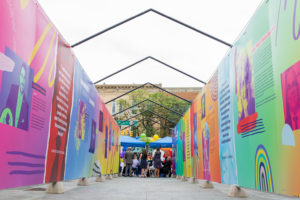 The SpeedPro Piscataway studio highlights and honors some of the most iconic and groundbreaking figures in LGBTQ+ history. This wall mural display features four walls that tell the amazing stories of those individuals and all of the wonderful contributions that they’ve made to not just the LGBTQ+ community but everyone overall. From arts and sciences to education, they all have their own beautiful background and story. 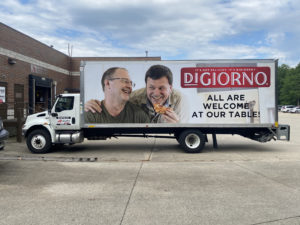 Some pride parades and events were finally able to resume this year and Nestle took full advantage of this in partnership with SpeedPro Cleveland West. Nestle wrapped several box trucks to celebrate inclusivity. Same-sex couples were featured along with their families featuring taglines such as “everyone is welcome at our table.” 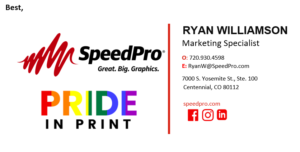 You may have noticed that companies all around changed their logo to Pride colors to show their support. The SpeedPro home office jumped into the Pride festivities as well with their colorful “Pride in Print” email signature.

“Diversity and inclusion are incredibly important,” says Ryan Williamson, marketing specialist at the SpeedPro Home Office. “I enjoyed creating this signature for the entire network and adding it to all my emails because it allows us to highlight Pride Month, honor the LGBTQ+ community and practice inclusivity.”

GALA AT THE FAIRMONT HOTEL

SpeedPro SF Peninsula was the go-to for the Fairmont Hotel when it came to all things Pride. They printed and installed column wraps in the lobby of the hotel to honor the 50th anniversary of Pride Month in San Francisco. They also printed step-and-repeat banners for press conferences, selfie photo stations, and other items for a gala event that provided beautiful branding and colors. 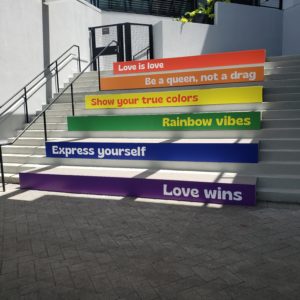 If you’ve ever been to Tampa Bay then you know that Sparkman Wharf is the place to be. It’s also a place that could use a bit more color. SpeedPro Tampa East came to the rescue with adhesive stair graphics that not only were colorful but also shared uplifting and positive messages to visitors. The wharf is the center of entertainment for things like fundraisers and classes which made for the perfect opportunity to make a visual statement. 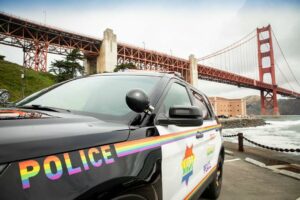 The San Francisco Police Department created a campaign to showcase their inclusivity which included “pride patches” as well as Pride vehicle graphics that made their way through the city. The SFPD is actually the first law enforcement agency in the nation to wear these rainbow pride patches. Officers were not required to wear these patches but rather encouraged to show their support for the LGBTQ+ community which is so prevalent in San Francisco. Not only did these patches help with bringing the community together, but they also sold these patches and then donated the proceeds to a local nonprofit to help homeless youth. The vehicle graphics helped to bring the whole campaign together and could be seen during the pride celebration events.

The SpeedPro studios are all about the advancement of inclusivity and diversity in the workplace and community. At SpeedPro East Bay, in particular, we understand that Pride Month is more than just rainbows and sunshine. It’s in fact an opportunity for everyone to respect and value others. This is a time where we can support and share these messages through visual branding and graphics to create a more loving environment.